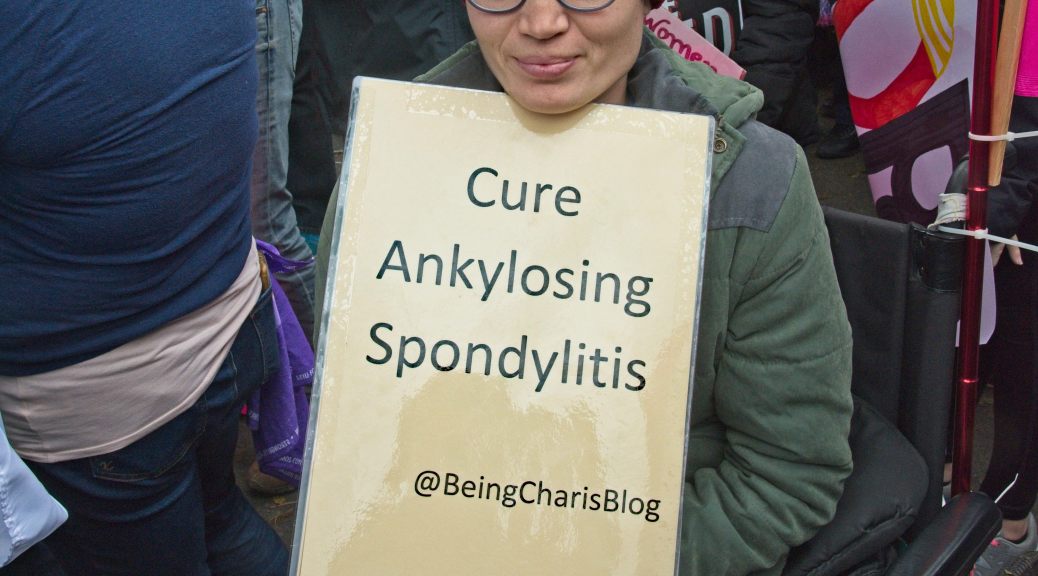 The first time I used a wheelchair was after tearing my ACL during a college soccer match in Washington, D.C. in 2005. My teammates convinced me to use one when we visited the Holocaust Museum, instead of crutches. I remember feeling invisible. I remember being trapped in the middle of congested hallways and exhibit rooms, seeing nothing but the backs of people scooting around and in front of me like I was a planter box in their way. I remember feeling empathy for people who spend a majority of their lives in a wheelchair. I hardly remember anything about the museum from that visit. And I became terrified of ever needing to use a wheelchair again.

On January 21st, 2017, I rolled in the Women’s March on Sacramento alongside some 30,000 people. I have only recently, very reluctantly, decided to begin using a wheelchair because of deteriorating health. My experience from college still haunts me, but I am learning to embrace how much more fully I can participate in life by using assistive devices that reduce pain and fatigue caused by Ankylosing Spondylitis. It’s the difference between staying home and showing up.

However, I was nervous about navigating the march, even with friends to help push me. I expected that I would spend all my energy advocating for space just to be able to proceed in a straight line. I thought I might regret the decision to use the chair, even though not using it could result in being bedridden for days or weeks.

Would I return home wishing I had not gone? END_OF_DOCUMENT_TOKEN_TO_BE_REPLACED

I’m one of those passengers who shouldn’t be in the pre-board line.

You know the ones.

I’m dressed nicely and I have makeup on; I appear healthy and able-bodied. I don’t use a wheelchair. I’m young. I sometimes sit on the floor and stretch. Aside from my pillow and sometimes my cane and wrist braces, there is not much evidence pointing to a broken body. According to popular opinion, I don’t look disabled.

You want to do your job well, and part of that is accommodating people with disabilities. But often, when I request a pre-board pass, you look at me like maybe I’m cheating, like maybe I learned a trick somewhere just to get a better seat or not wait in line. Maybe you think I’m smug or even entitled. Sometimes you question if I need the pre-board pass on the basis of disability right after you sweetly, wordlessly hand one to the woman in front of me END_OF_DOCUMENT_TOKEN_TO_BE_REPLACED