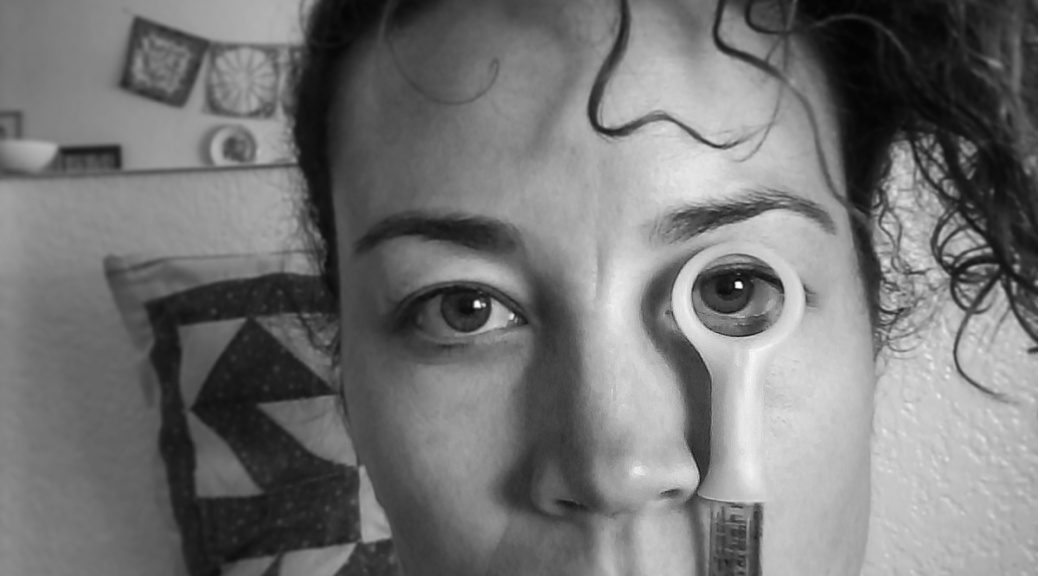 When I first began injecting myself in the leg with harsh, genetically-engineered chemicals, I was terrified. I still am. Not of the shot, but of the drugs going into my body to help manage my Ankylosing Spondylitis (AS).

Biologics, a type of specialty medication made from living cells and tissues, come with potential side effects like cancer, tuberculosis, and heart disease. When I first read the drug pamphlet, the dangers written in margins and between the fine print triggered my first post-diagnosis breakdown. I was 26, had been seriously ill just once in my life, and was finding my groove in the adult world. This was the first of many blubbering, head-throbbing, “Why the hell me?” temper tantrums that left me in a trembling blob on my bed.

What could possibly convince me to push this harsh medication through my body – maybe for the rest of my life? Logic and realism prevailed over emotions, and statistics were drowned out by my need to swallow the pill, so to speak. Above that consuming fear was a desire to have a semblance of my former life back, and this medication promised that possibility.

A week later, I sat in one corner of a large room with a nurse, shaking as I learned how to give myself a shot. She watched as I held my breath and pushed my thumb in and out, quickly, to trigger my first dose. My life flashed before my eyes and I cried precisely two silent tears – what had I done? Certainly now I would die of sudden-onset cancer, be ripped from life by tuberculosis, or my heart would fail in my sleep (if I was lucky). The contradictory decision to sustain life by injecting what I saw as a death-threat substance grabbed me with icy, bony fingers and shook me, hard.

The course of my life was now officially altered. I had joined the ranks of being specialized-medicine patient. I had taken the red pill.

Every two weeks, my Humira shot was a source of terror mixed with anxious excitement. Each dose signaled a step closer to the sure destruction I was causing. I was gambling with what I could only picture as death, for the hopeful sake of a better life. 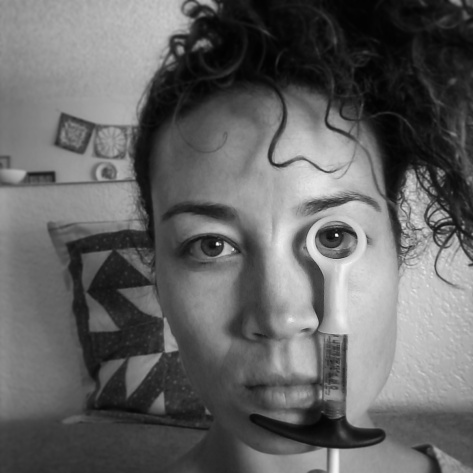 Three months after beginning Humira, my first biologic, my doctor cocked her head to one side and asked, “So, is it working?’

“How do I know if it is working?” I replied. I still had considerable pain, stiffness, and the same aches and spasms that had coursed through my body since I was 13.

She told me the goal was to be symptom-free, even though biologics are made to target the disease at its core, not symptoms. She said that maybe this wasn’t the right biologic, that we should try another one. I pushed to the back of my mind what other patients had said, that biologics could help but they did not catapult people back into 100% bodies. In my desperation, I still wanted to find a miracle drug. We settled on another biologic, Enbrel.

I was on my third month of Enbrel when I got the flu and and had to miss two shots. In the days that followed, my AS symptoms returned with a vengeance as if on a wave of fire, drowning the progress I hadn’t even noticed I was making with Enbrel. I felt my pre-diagnosis, 19-year-old body again. I cried from the pain and spasming in my back and hips and knees, wishing earnestly to trade places with William Wallace in Braveheart when his limbs are stretched beyond ability in three directions (Trigger warning: torture scene – Start watching this video at the 1:00 minute mark). I felt that if anything could provide relief, dislocating my joints would.

The unrelenting pain and spasms that caused me to writhe in bed but not able to stand were symptoms that Enbrel had reduced. I did not know how much the biologic drugs had been helping until I had to stop taking them briefly.

Since that first psychologically jarring dose of Humira, I’ve given myself countless shots weekly or monthly with either auto-injector pens or syringes of Humira, then Enbrel, then Cimzia.

Not every biologic works for every person and they can lose their effectiveness, so I have now progressed to my fourth, Remicade. Rather than shots, I receive it intravenously in a cancer center every 8 weeks for two and a half hours. While other biologics I have used take a few months to become effective, Remicade takes longer, so my doctor recently increased the dosage to see if my body would react faster.

I have been hopeful that Remicade would become the miracle drug – I am tired of trying different biologics (each one comes with its own menu of potential side-effects). I want to find the right biologic for me, one that will be effective for many years.

I recently discovered Medi-Cal (California’s version of Medicaid) will not cover my Remicade infusions, which I was receiving prior to being covered by Medicaid. Medi-Cal has not denied but rather deferred their decision, stating they need MRI proof of disease activity before they approve the treatment (remember, I’ve been on biologic treatment for years). MRI proof is not required for the diagnosis or treatment of AS. I have the choice to either fight for hearings and court orders so I can receive treatment, or slide backwards into step-therapy with medications that were proved ineffective nearly four years ago. Either choice leaves me fighting for survival.

“No insurance plan can reject you, charge you more, or refuse to pay for essential health benefits for any condition you had before your coverage started.” – Healthcare.gov

At the time I write this, my last infusion of Remicade was three weeks ago. In five weeks my next infusion should happen, but the $1,300 to $2,500 average cost per dose is impossible without insurance. I am terrified of the onslaught of debilitating symptoms that will return when Remicade has left my body.

While I still fear potential side effects and dream of even better treatments (and a cure!!), the benefits of biologics are paramount to the toll on my body without them. Even with their threat of death-by-side-effect, biologics keep me alive and functioning in a way that no other treatment can. They keep me from being completely bedridden and give me a near-promise that my life will be better and longer than my dad’s (who died from AS).

There is no substitute for treatments that have already been proven most effective in managing a disease. I will not give up.

This is for all of us spoonies. 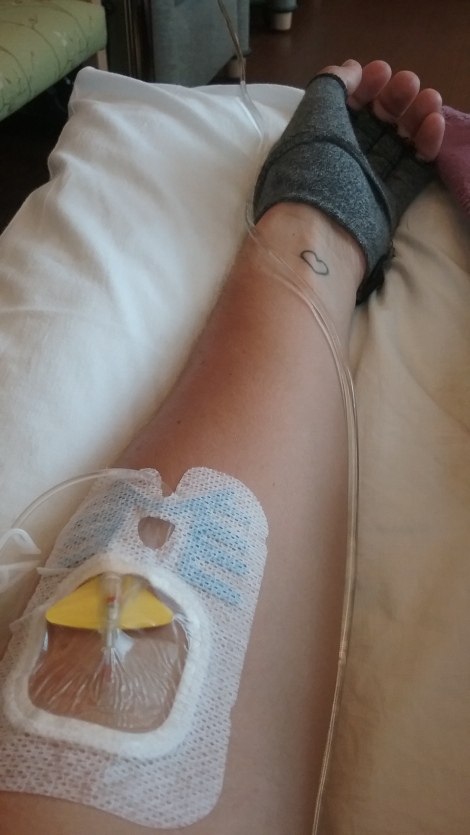 If you found this post useful in some way, please consider supporting my work with a $3 tip at ko-fi.com/beingcharis. Your support will help me keep the lights on and make me smile.

Unstoppable, award-winning advocate since 2013, Charis is a disabled writer, speaker and model living with Axial Spondyloarthritis (axSpA), Major Depressive Disorder, Anxiety and Post-Traumatic Stress Disorder. They live with three cats in a falling-apart house bought while living in poverty. Click the picture to learn more.