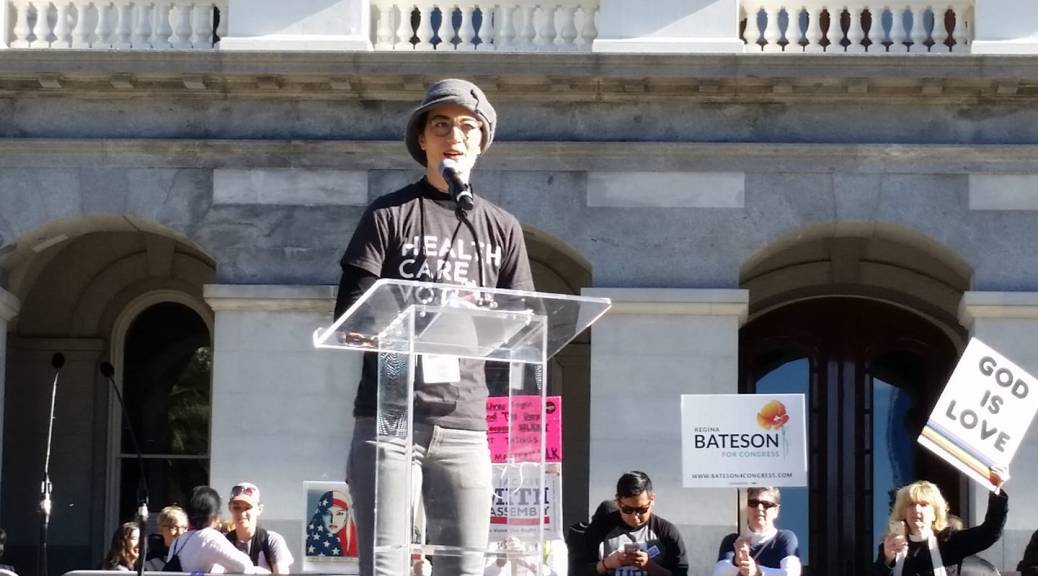 Below is a video and transcript of the speech I gave at the 2018 Women’s March in Sacramento. The current video may be updated with an official rally video after it is released.

My name is Charis.

Five years ago I was asked to testify on a bill and I said to the person, “I am nobody, how can you expect me to say anything to convince these lawmakers to choose the right thing?”

She said, “Charis, all you have to do is share your story. Nobody can tell your story for you.”

Sacramento! Can you share your stories? That’s all you have to do.

In 2016, I made the hardest decision of my life. I applied for Social Security Disability. Now, two years later, I am still waiting for a decision on my case. For two years I’ve been surviving on savings and occasional financial help. But with Sacramento’s rent rising astronomically and my savings and health in decline, my future is uncertain at best.

And there are millions more struggling harder than me.

A lot of people who apply for disability never receive it. A majority of applications are denied, and last year 10,000 people died waiting.

On another topic, Republicans in Congress seem to think I don’t deserve quality healthcare either. Many of them have said people like me should get a job and pay for it ourselves. What they don’t realize is that I never stopped working! My job is to stay alive, and that’s not easy.

Millions of people who are disabled rely on Medicaid or Medicare, and for me, access to regular treatments through Medicaid is vital for my survival.

Now, Sacramento, I hear Congress is taking a paid nap-time right now, but I still have some messages for them:

2nd: Healthcare for poor and disabled people isn’t something we can just cut out of our national budget!

3rd: We’re people. We deserve to be seen, heard, have a living wage and safe places to live, and a place at the table.

So I have 2 things for you to do, Sacramento:

More pictures will be added as I receive them:

Lori and Charis, both with ankylosing spondylitis 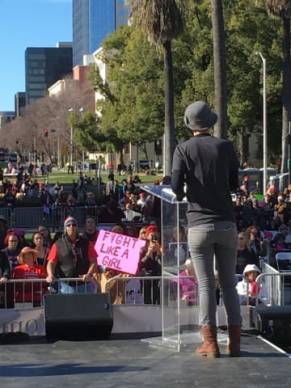 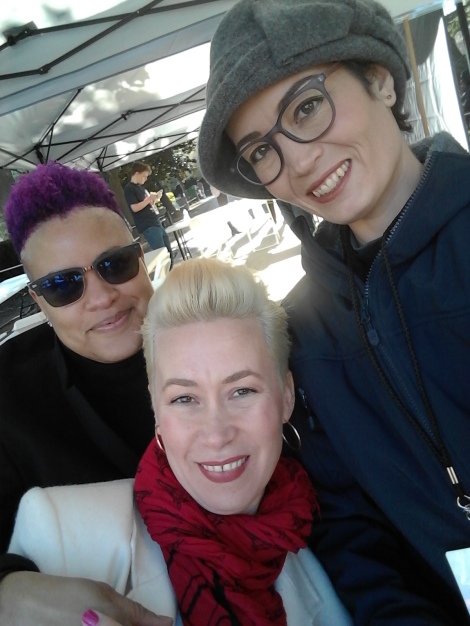 Jasper and Darcy from Activism Articulated

Charis Hill is a writer, speaker, model, and chronic disease advocate in Sacramento, California. Her story with Ankylosing Spondylitis has been featured in dozens of publications and news outlets including the Associated Press, Arthritis Today Magazine, Mother Jones, CNBC, and her blog, BeingCharis.com. Follow her on Twitter @BeingCharisBlog.