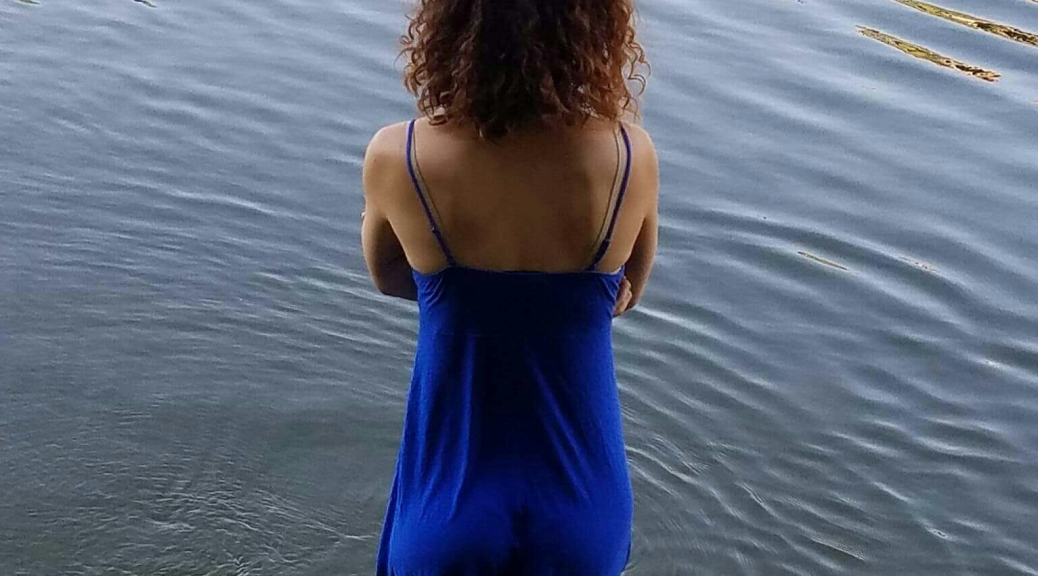 Yesterday evening as I was walking with my friend, Robert, by the river, two men in a motorboat passed by heading the same direction.

One called out: “Are you two a couple?”

I immediately turn to keep walking and ignore them just as Robert yells, “Why do you want her to smack my ass?” as he gets in front of me and bends forward slightly. “Like this?”

So I did. I smacked his ass.

But the end of the story is not what made me nearly sob today when I remembered the interaction.

When these experiences happen, every other memory of sexual harassment is triggered: the men who have said how much they’d like to stick their penis in my butt as I walk by them on the sidewalk.

The men who have grabbed parts of my body without asking, like they own me.

The men who whistle at me while I ride or walk by, and then yell at me when I do not acknowledge them.

The men who say, “I don’t see a ring on your finger, so that means you’re fair game.”

The direct, not-so-sneaky glances at every piece of me but my face.

The less obvious, like the exact moment I know to turn my head to catch a man turning to look at my butt after we pass each other.

The tendency to downplay my intelligence while accentuating my aesthetic worth.

The questions during a job interview about whether I really meant to apply to be a professional mover, or a truck driver, and why don’t I try for an office job instead?

These memories are always just beneath the surface – I am reminded of them almost daily with each new overt or subtle interaction.

And we’re supposed to deal with it. And stick up for ourselves. But it is ingrained – in the veins of society – that women are property, objects, and less valuable or able than men. I don’t know how else to explain it. I’m tired.

We’re tired. So tired of being sexualized. Period.